Sometimes looking back is fun. Especially if you worked in radio 40 years ago at WBT. Nine former employees of the “Colossus of the South” met for lunch at the Open Kitchen…a historic restaurant in Charlotte since 1952. Each of the 9 people had a goal in life which was loving the business of radio. Especially, in the 1970’s when AM radio was the only act in town and WBT, with its 50,000 watts, cornered the Carolinas.

Paul Ingles, who joined the station in 1979, challenged us to do a ‘remember when’ and it was the most fun. Some of the miscues and goof ups were monumental and today, extremely funny looking back in hindsight. To give you an idea of how old we are now, 5 have no hair, only two have hair, and 3 wore hearing aids. The only flawlessly complete person was the only lady in attendance, Mary June Rose, Program Director. 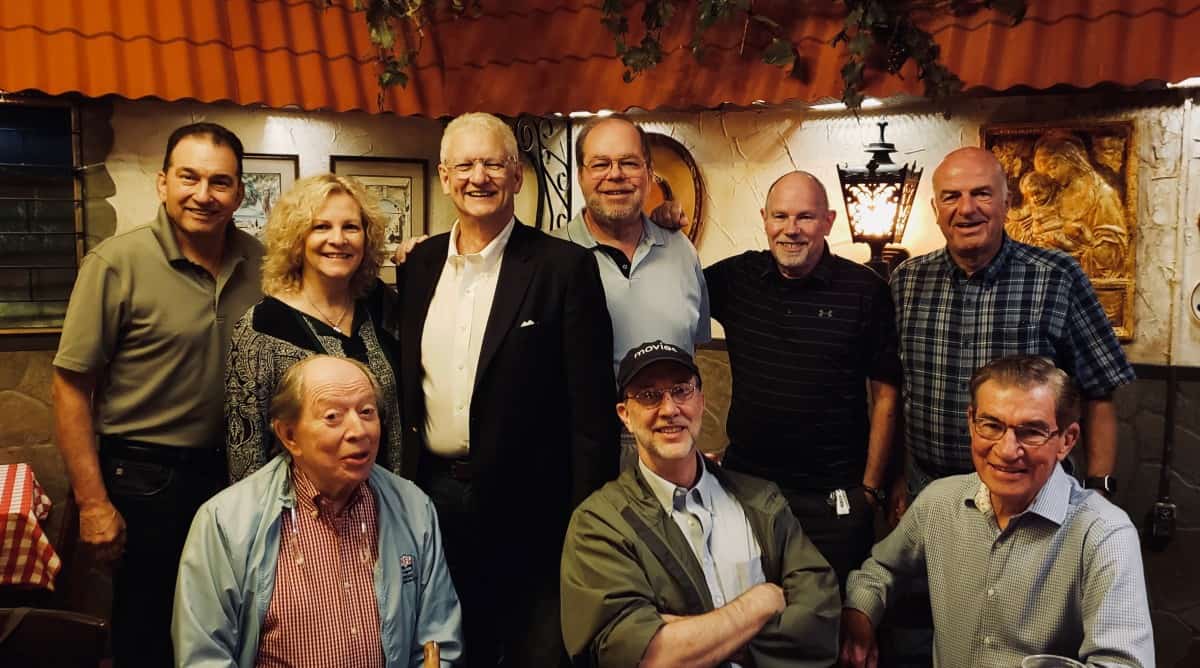 Once you get established with a career it stays with you a lifetime. We still hang on to the fun parts of it. If you were in Charlotte way back when, you will remember some of these goof balls. From left to right starting in the back row and the year they started at WBT by their name:
Don Russell ’73.  In 45 years he left the station 6 times. Was fired four times and left on his own two. Mary June Rose ’78, a Rose among thorns. Marty Lambert ’78, long time producer of the John Boy & Billy Show. James K. Flynn ’81. He did it all at WBT and is one of Charlotte’s finest stage actors. Scott White ’78, Newsman Extraordinaire. Steve Martin ’82, sports and play by play for Davidson, Charlotte Hornets and newly retired. Ty Boyd ‘6l. Yes 1961, took over after 30 years of Grady Cole when Arthur Godfrey was a big star. He left WBT in 1974 for a national speaking career. Paul Ingles ’79, voice of WBT when Bob & Harold were the morning team. And the last guy on the table, yours truly, HA Thompson ’71. His listener phone calls were better than the hit records.

Look below for some entertaining throwback photos from my WBT collection! 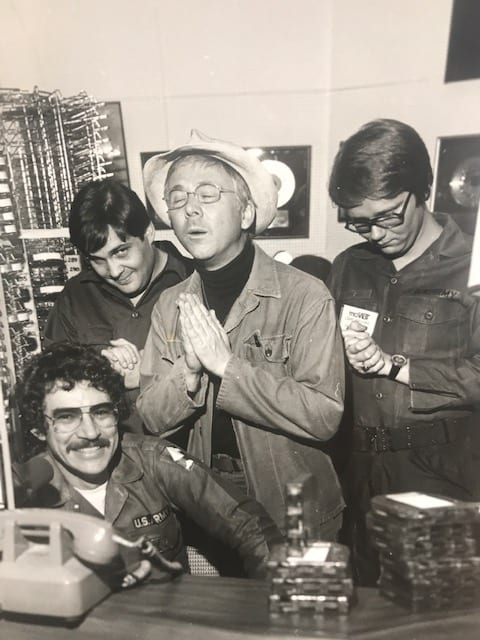 Father Mulcahy from M*A*S*H praying for higher ratings on WBT with HA, Dick Durante & a not quite identified WBT staffer. Who knows who he is? 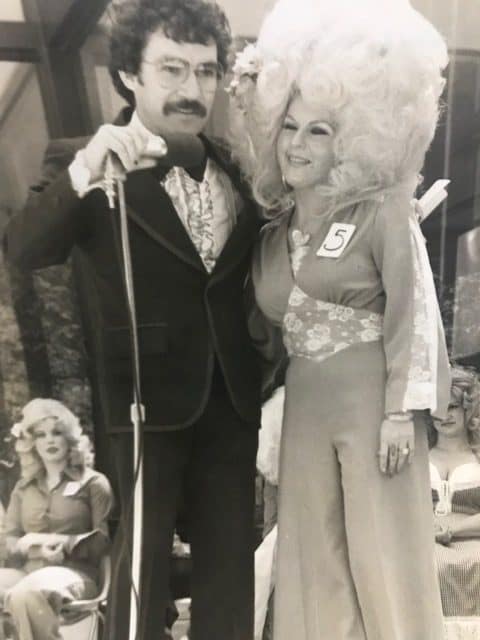 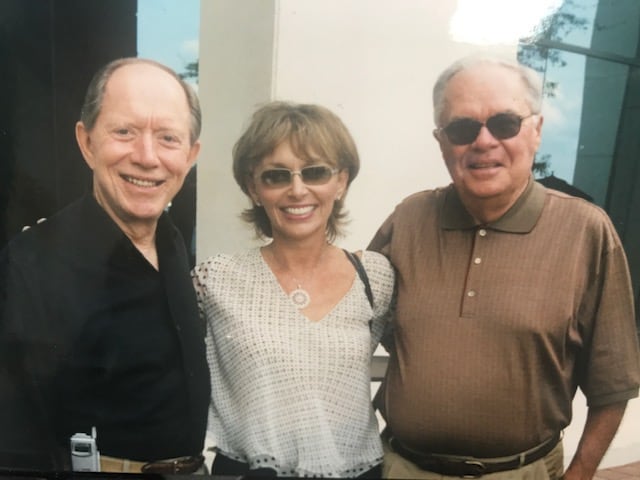 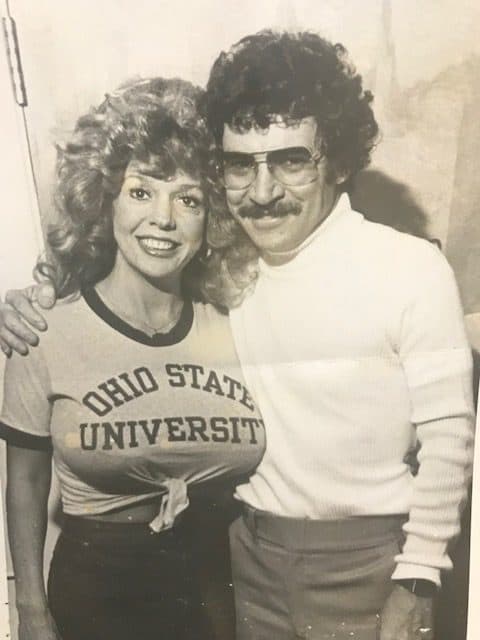 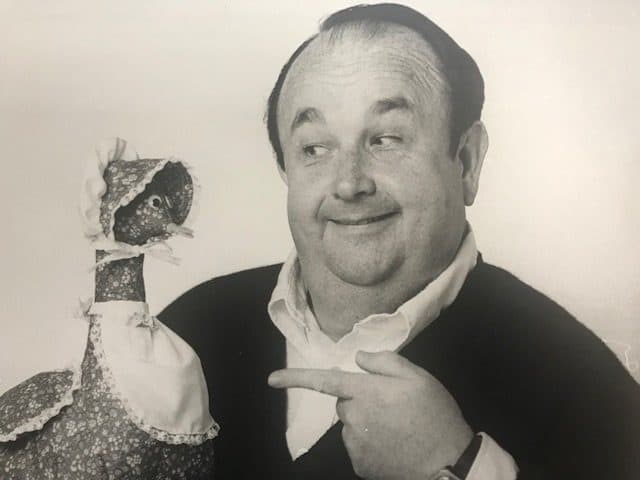 “Hello Henry” — First time callers got a honk from “Queenie” 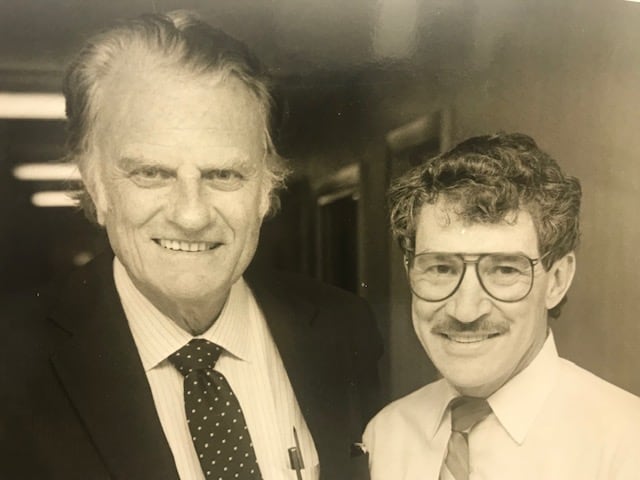 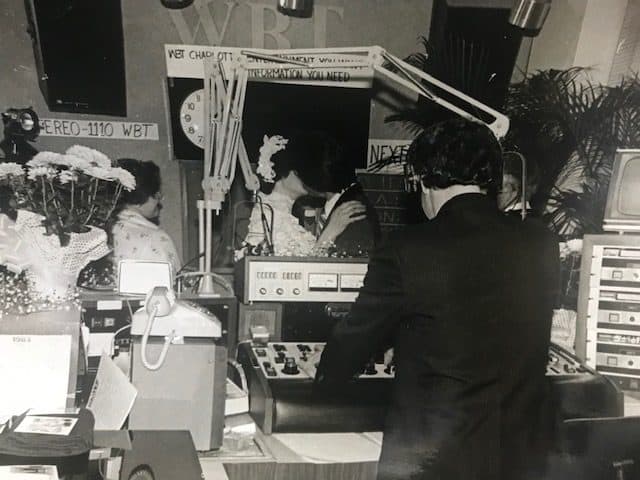 A couple who met on “Dateless & Desperate” got married in the WBT studio! 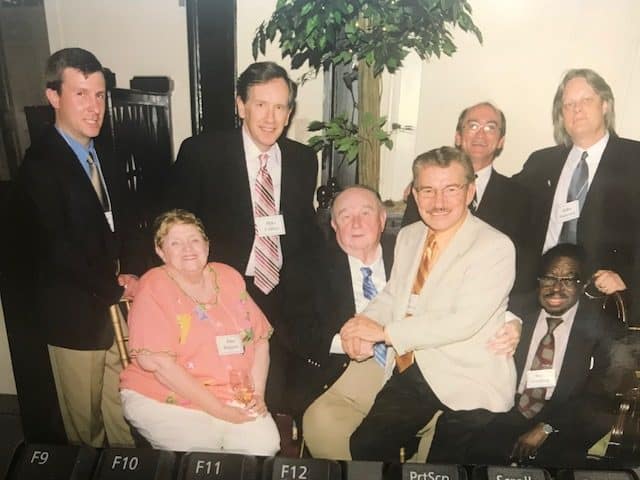 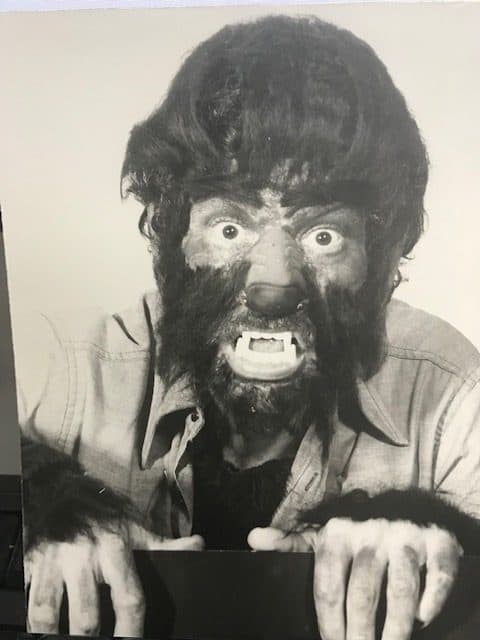