The Second Most Memorable December 7th in History 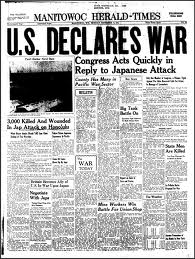 Friday was Pearl Harbor Day… December 7th, 1941. The most memorable December 7th in history. The second most memorable thing that happened on December 7th occurred in 1990… when HAT was canned, booted out, finished at WBT after almost 20 years on 1110. I shut my typewriter off. Yes, typewriter. Loaded up my 5 file boxes, and rode away in my limousine. I had it all planned. Hop off one horse and gallop away on another.

When I get tired of this transportation business, I think I’ll become a singer. That’s the easiest job of all. And plenty of people sing who can’t. Have you ever heard me sing, “I Love Beach Music”? Good.

I think the worst thing to happen to radio was when the talk stations thought people wanted to listen to politics all day long. Just Friday two old timers delivered two new sedans to the office and of course, they remembered the old WBT in the 70s and were knee slapping over all the funny stuff that went on, from Bob and Harold in the morning, to Hello Henry at night. I just got a call today from Ed Gray, who bought advertising on WBT 40 years ago for the Mid Atlantic Boat Show that’s coming in February. That old guy, what’s his name, is still doing the commercials. I thought he was dead.