A Short Cut to Happiness… Dancing The Lone Ranger and Tonto 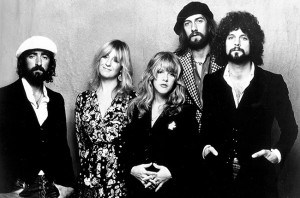 One of the fun things about Rose Transportation is we get to rub elbows with some entertainers.   Fleetwood Mac came to town a couple of days before their big show Saturday night at TW Arena.   We get to drive them around in SUV’s during that time.

Fleetwood Mac is one of a small handful of bands that survived breakups and the ravages of time since they first connected in 1967.   This is a group of Golden Oldies…..between the ages of 65 to 71.   I like rock ‘n roll……it stretches out the aging process for a lot of people.

Their road show manager gave me a ticket down front and Mic Fleetwood’s drums just bang your chest.   The crowd is fun too.   They’re pressing a few pounds and wrinkles but they can still sing and boogie…..not one bit different than when you were a kid listening the first time around.     47 years.  Fighting, breaking up, coming together again.

100 million records later and here they are in Charlotte knocking the fans out of their seats.   The whole place stands up during the concert, just like Elvis in ‘73 & ‘77 in the old Charlotte Colesium.     A few of us sit down after an hour…..remember a hunk of those fans are 70 plus.   And there are still the lovers coming together reminiscing.  They hug and kiss and rock to the music.  I think that’s what some televangelists used to call ‘evil sexual music’.

I saw them the first time 40 years ago in Hawaii.   Fleetwood Mac are fantastic musicians still making extraordinary music. 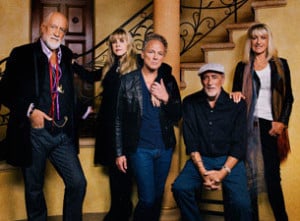