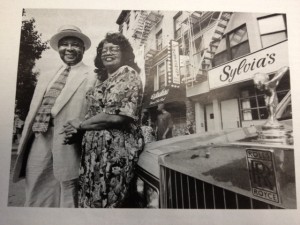 20 years ago I was in New York City and decided to take a trip to Harlem to see the Apollo Theater and to visit a landmark restaurant in northern Manhattan, called Sylvia’s. A soul food restaurant similar in tradition to The Coffee Cup in Charlotte. Biscuits, ribs and fried chicken, candied yams and collard greens.

In the early 1960’s Sylvia Woods acquired the restaurant and gave it her name. Her brand was not just a restaurant but a ‘hangout.’ A place were you saw people like James Brown, Al Sharpton, Ed Koch, Sidney Poitier, Quincy Jones, Diana Ross, and Bill Clinton when he was President.

Every culture headed to Sylvia’s. It was a melting pot and all the cultures got Sylvia’s love. She had great food but also wonderful friendship. That was the big secret. She would greet you with smiles and warm feelings for coming in. Customers said it was like going to your mom’s house. Sylvia said…. “Give love and show love.” Turns out that was more important than the food.

At Rose (the company I founded in 1985), we’re no different than a good restaurant. Sylvia served good food along with a lot of TLC. Everywhere that you interface with customers is the same. To succeed, you gotta give and show that you love what you’re doing, just like Sylvia’s.