The National Gourd lady I Love the Beach

GREASE is the Word

Central Piedmont Community College Summer Theater has another stellar season underway. The first show of the season is running at Halton Theatre at CPCC…the famous, 75 year old Rodgers & Hammerstein’s Oklahoma and it is a showstopper. Final performances are this weekend.

The beauty of this production is the 34 member cast. When they hit the finale, the audience comes out of their seats like they were on fire. They must have double bolted the roof on this theater. The exceptional singers and actors were directed by Tom Hollis. I’ve been going to these shows for about 45 years and they are one of the gems of the Queen City. Live theater is truly the best art form! Nothing can match it when it’s right.

The next show is one that gets a thumbs up from everyone — GREASE. They’ve done it many times. The first performance was directed by Tom Vance in 1981. It starred Merwin Foard as Danny and Karen Culp as Sandy and they were awesome. I played a bit part, Vince Fontaine, the DJ who emceed the dance off at Rydell High. I didn’t sing in the role, but I did kiss a couple of the girls. This show runs June 15-23. Don’t miss it. 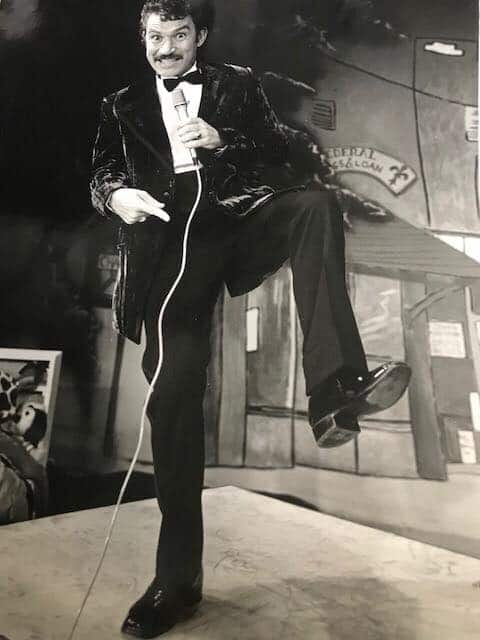 Here’s a pic of me as Vince. I’m the guy that just missed Broadway.