Gay Pride was celebrated in downtown Charlotte this weekend. It has become a big annual event with a parade, etc. Times have changed since 1989 when some of the churches picketed the Broadway play ‘Angels In America’. It had a run in Charlotte and the play has a Gay theme.

My wife Lucille was not only an artist, but a poet and this reaction to the play caused her to express her feelings in a very serious, but comedic way. She wrote this poem and it is one of a collection of poems in her book “Free On Sundays” that I put together after her death in 2009.

Enjoy the poem and check out the pictures from Gay Pride.

My father was cold.
He did it!
Away – too much work.
He did it!
No male identification,
no paternal obligation.
Don’t get too near,
I’m queer!

My mother was protective,
She did it!
Too bored – too binding.
She did it!
Emotions weren’t growing,
mentality just showing.
Give me a tag,
I’m a fag!

My interests are tender.
That did it.
My art – my music,
That did it.
These pursuits are taboo,
which could be a clue.
Just as you feared,
I’m weird!

Someday they will know
what did it.
My genes – the environment?
What did it!
We seek liberation
from unjust discrimination.
See, it’s too late
to be straight! 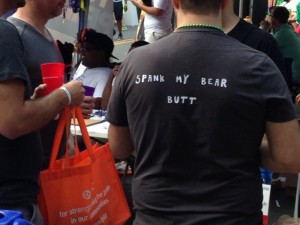 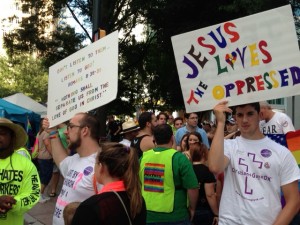 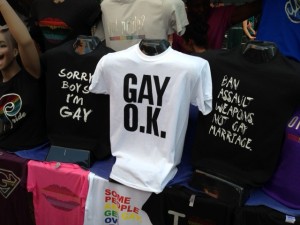 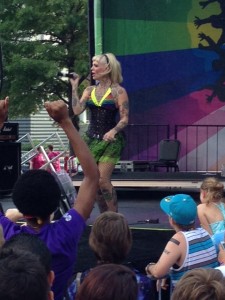