Another Jefferson Pilot reunion luncheon! 3 or 4 times a year the WBTV & WBT staff, that are left, get together to remember what we did for each other and Charlotte, 40-50 years ago. When it’s happening, you don’t appreciate each other as much; now we go back and reminisce and thank each other again…and remember how blessed we were to work at the number one broadcast center in the Carolinas!

Stay tuned for another JP party in April 2017… 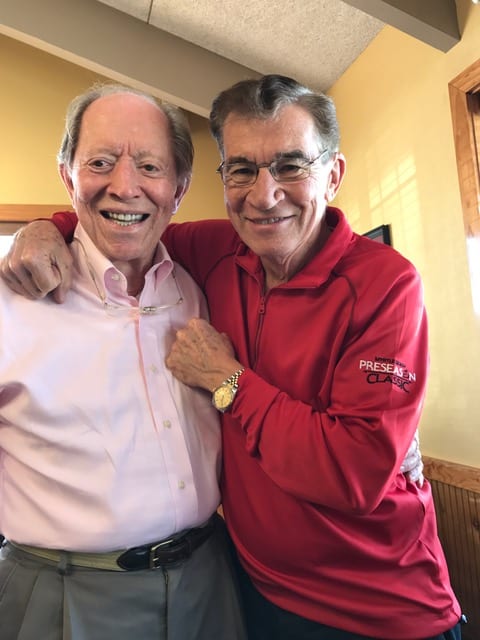 Here they are again…the Odd Couple, Boyd & Thompson, a couple of WBT hangovers from the 60’s and 70’s. These two on occasion are called idols or legends. That’s what happens when you add 50 years to BS. They were big on emceeing beauty pageants. That’s how Donald Trump got in trouble. 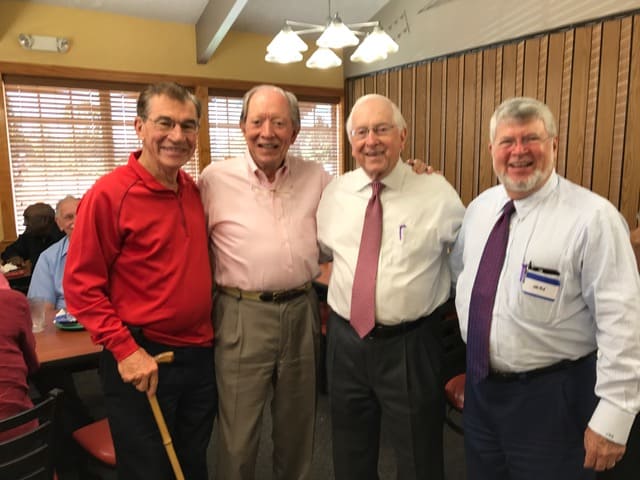 Thompson & Boyd (H.A. is holding Ty’s putter). The other two are familiar executives, Jim Babb and John Hutchinson. Many of the JP retirees were born in the 30’s. We’ve seen everything the world and business have to offer. We don’t buy snow jobs. We know the difference between victory and failure. We have the scars to show it…bald heads and hearing aids. Our smiles are meaningful; we still show up and many of us still go to work. 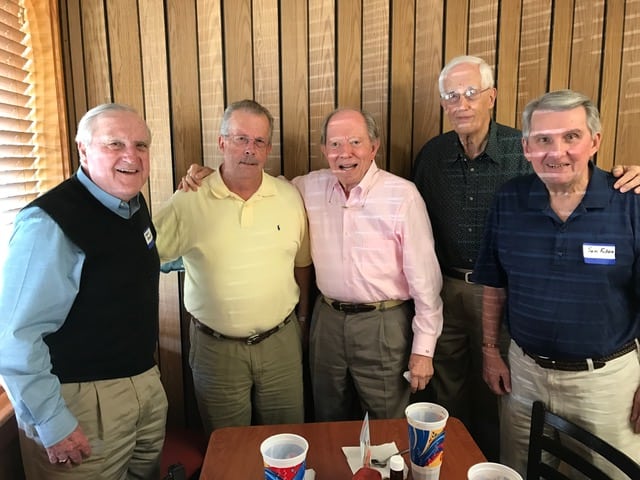 John Edwards, Clint Presley, Ty Boyd, John Edgerton, & Sam Fuller. Each one of them began their careers at WBTV or WBT in the 60’s. The good people, the good times. 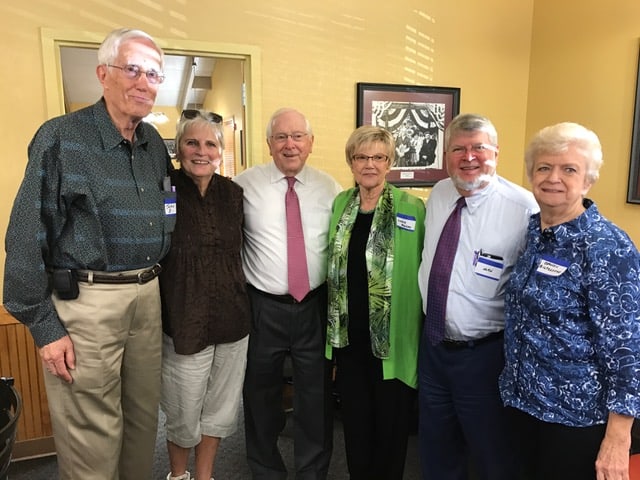 John Edgerton, Paulette Wright, Jim Babb, Linda Murphy, John Hutchinson, and Carolyn Biltcliff.
Here’s a true story: Grady Cole was the morning man on WBT from about 1930 to 1961 when Ty Boyd took over. Jim Babb started out in radio sales in 1956 and became President in 1987. About 1960, Grady’s string was running out. Babb was trying to sell this “great powerful voice of the Carolinas” to agencies in NYC and buy national spots on the colossus of the South. Those Yankees thought Grady was too country and told Babb to take a hike. So Jim comes back to President Crutchfield and his staff and declared the party over…Grady has got to go. Grady Cole was so popular in the Carolinas he could have been elected Governor in both states! Now it was time to find a young, motivated, handsome, hip personality and who was it? Half of the Odd Couple — Mr. Ty Boyd from WCHL in Chapel Hill. In 1961, Ty said the WBT call letters for the first time and did it for 13 more years. Charlotte only had 3 radio stations that mattered and he fought it ought with Jack Gayle on Big WAYS and Jack Knight on WSOC.