The faces of yesterday bring a feeling of warmth.
A blink of an eye was 40-50 years ago.
We all have the same smile,
It’s just wrapped with a few more lines and pounds.
The men wear their pants too high,
The ladies regret their waistlines.
One said…”I used to be a 23 and now it’s reversed, I’m a 32.”
Another said….”Your body changes while you’re sleeping”.
I thought….’maybe it’s that ice cream you’re munching’.
Anyway, we did it again at Golden Corral.  Jefferson Pilot, WBT-WBTV made audience history 40-50 years ago…We were the Yankees. Amazing because we look so young. The place has been sold 2-3 times since we were there. This gang of 35 gather every few months and climb the memory ladder and do a little ‘remember when’. We’re like the Egyptian Pyramids.  We’ve been around a long time. Sort of like King Tut and Cleopatra…only we still talk, and smile, and laugh. 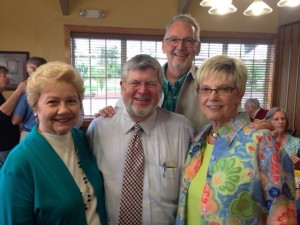 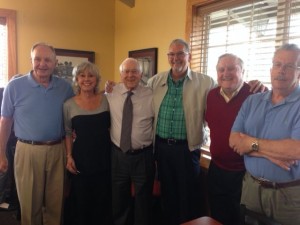 These two guys could defrost a freezer by talking into it: 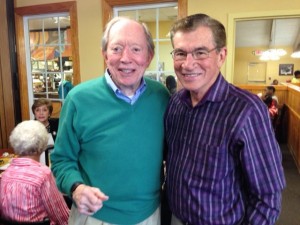 These were ‘chicks’ back in the 70’s propping up an old rooster.  Anna Rufty Petrie, B.J.Caldwell, HAT, Linda Murphy, Vivian Harris: 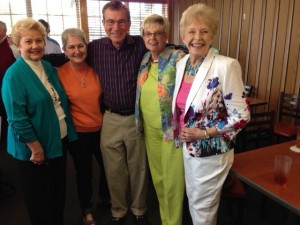 John Burchett was always telling people (Barbara Conrad) how to get a better camera shot: 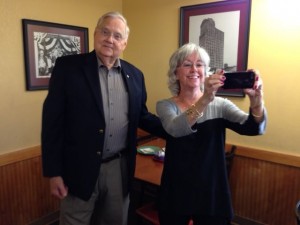