The S.O.S. migration to North Myrtle Beach occurs 5 times a year. What is S.O.S.? Officially the Society of Stranders, but I heard one character identify it as “Sixties or Seventies,” based on the ages of most of the fans. These faithful beach music fans party down for 10 days in the Fall and Spring. The curtain came down on the last big party April 21st with DJ’s and live bands at every club along and around O.D.

Beach music and Shag dancing grew out of the rhythm and blues and rock music of the 50’s, 60’s, and 70’s. They loved the music then so why can’t they still boogie down when they’re past 60? They do and it’s fun. Ocean Drive in North Myrtle Beach is a poor man’s Bourbon Street in New Orleans. It really is a trip to see a bunch of golden girls singing with the band to “You Sexy Thing” and “I Want It, I Need It, I Want Some More of It.”

They never outgrew it. Their dedication to enjoying beach music and shag dancing borders on a religious commitment. Women love a man who can really dance. Beach fans love to dance and good shaggers love their partners. It’s soulful. I rarely see the connect anywhere else. The best shaggers in the whole country are National Shag Champions Charlie Womble and Jackie McKee. It’s better than Fred and Ginger.

Join me with a spring tour of SOS at N.M.B and a couple of shots at Lynn’s in Charlotte. 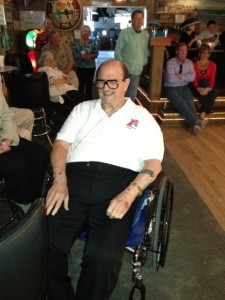 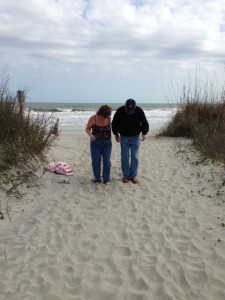 HOTO’s sand shaggers, with The Holiday Band playing for the people and the seagulls 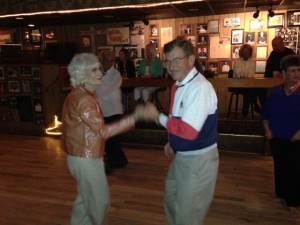 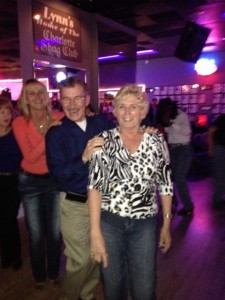 #4) The Love Train with Judie Walters, HAT, and Renee Baker 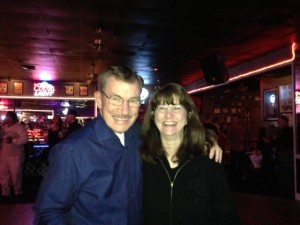 #5) Mollie Kelly at Lynn’s. She came up to me and said…”You don’t remember me, but you DJ-ed the music for my wedding reception 33 years ago”. WOW…..how’s that for pulling one out of the nostalgia barrel?