Don’t Leave Them Stranded! WBT Tribute Video Honors my Time at the Station 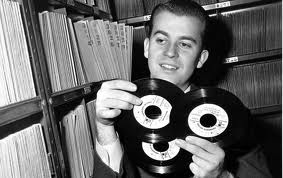 The day before Dick Clark died, I went to a broadcast gathering of old timers and everybody wore name tags even though we knew each other. I wrote my own name tag and just for kicks I wrote… “DICK CLARK.” It made a lot of people smile. I’m always hamming it up.

A lot has been said since his passing, and some of it has been said by me on Charlotte’s Morning News with Stacey Meeks on News-Talk 1110 WBT. I’ll post the link to that when it’s ready. In the mean time, I will tell you something I believe.

Dick Clark sped up the integration of blacks and whites through music. In the late 50’s when Dick Clark was doing his show, segregation was rampant across the country. There were no black players in pro sports before 1947, and in the 50’s black pro athletes were sparse. Black groups were not being played on most white rock n’ roll stations.

Clark put black artists on his show and got kids to dancing… both black couples and white couples. The national exposure he gave black artists made them very popular and it wasn’t long before the Motown label with Barry Gordy came into being and it launched a ton of black artists. Today a black man is seen dancing intimately with a white woman on Dancing with the Stars and nobody thinks anything about it.