“Miracle on the Hudson” in CLT Boats Have a Soul

You know how important it is to stay connected to your past. WBTV Studios & WBT have been media institutions in Charlotte since 1922 for the radio and 1949 for TV. Many employees worked in the company for 20+ years starting back in the 50’s, 60’s and 70’s. The company was owned by Jefferson Pilot Insurance for more than 50 years.

The alums gather about twice a year for a JP reunion lunch and we did it Tuesday at the Golden Corral. We have a thread that connects to the past and it’s a good one! Many of our former colleagues have passed on: Betty Feezor, Pat Lee, Fred Kirby, Jim Patterson, Grady Cole, Jim Thacker, Charles Crutchfield, Tommy Jones, and others. Those still here plug into the energy that as always been so good. Check out these pictures. The only person without grey hair is me. I think these days they call that…”fake news.”

I’m usually the oldest person in the room. Not today. Two attendees were 86; Ty Boyd was one of them. John Edgerton emceed and gave thanks for this blessing. He asked me if I had an old Social Security joke and of course, I did: This old guy turned 65 and went down to the Social Security office to file for his benefit. The clerk in the office asked to verify his birth date and he forgot his wallet. So, as an option he unbuttoned his shirt and showed a bunch of grey hair on his chest. It was a small county and the clerk let him pass and signed him up. When he got home he told his wife what he did to prove his age and his wife said, ”You should have dropped your pants. You would have gotten disability.” 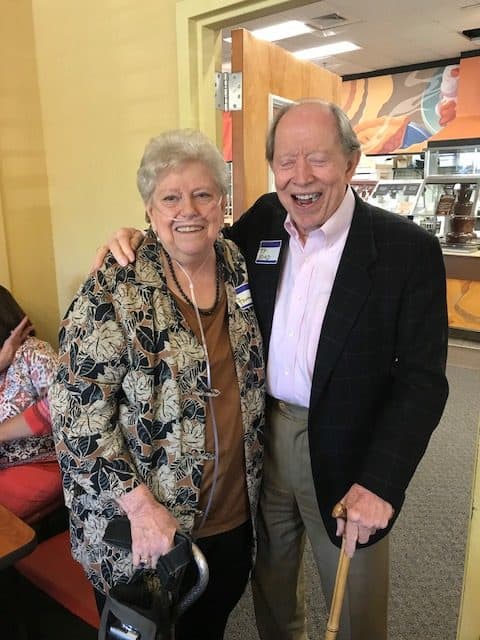 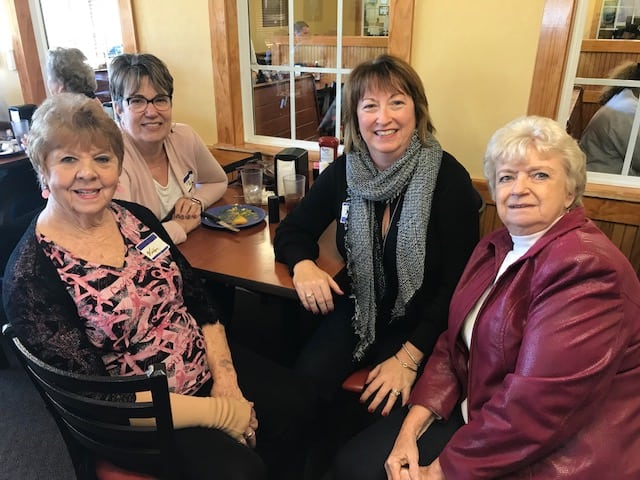 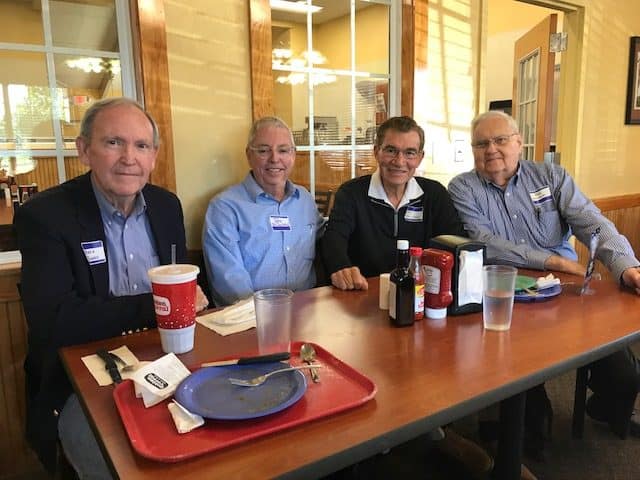 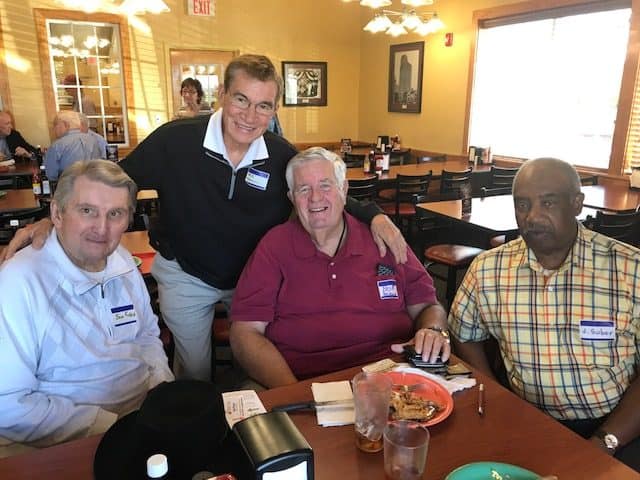 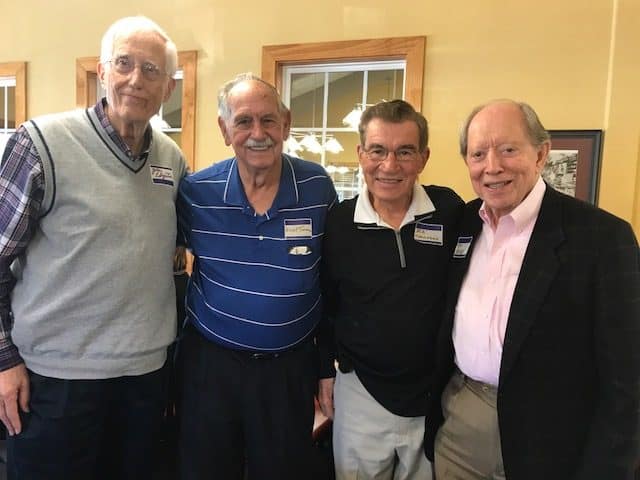