I Have Always Wanted to Be a Tall Boy Fresh, Juicy, Delicious — McLeod’s Farm Peaches

If you go to the Grove Park Inn, take somebody you love with you…

‘Old’ often has a bad connotation. Nobody wants to be old. Not many want to drive an old car. You certainly can’t eat old food. I found something that really shines the older it gets…Asheville’s Grove Park Inn.

This extraordinary hotel was opened in 1913. William Jennings Bryant declared it, “built for the ages,” and it turned out to be. I’m enchanted with the place. The hotel swallows you with its Karma. Somehow, your soul oozes spiritual energy. You’ve never seen anything like it.

The commanding decoration is ROCKS. Boulders that are real on the inside of the building as well as the outside. Rocks give a silence so loud. Some of the halls on the ground floor are cave like with an intimidating aura. Rocks are ageless…they never change. Mother Nature is a marvelous artist. Dine on the terrace porch and watch the sunset behind the mountains — an image you can never erase from your memory.

Presidents and many famous people have been guests at the Grove Park Inn. Their pictures and quotes adorn the walls as you walk through history. It’s really not a hotel. It’s a museum with beds. F. Scott Fitzgerald drowned his sorrows at the Grove Park while his beloved Zelda recovered in an Asheville hospital. Henry Ford, Thomas Edison, Harvey Firestone, 6 Presidents and a bunch of people like you and me have made footprints in the place. Even John Boy & Billy’s pictures are on the wall. I think they stayed in the stable. That’s where they get most of their material.

If you go to the Grove Park Inn, take somebody you love with you.

Memories…like the corners of my mind, misty water colored memories of ‘The Way We Were’…and will be again. 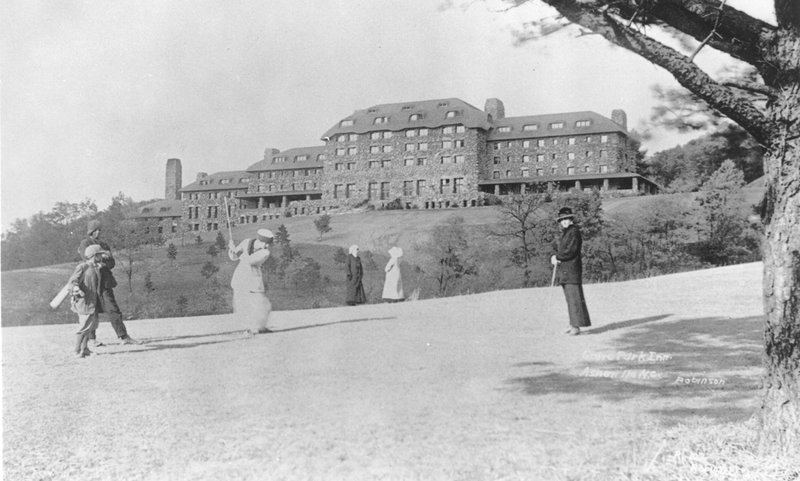 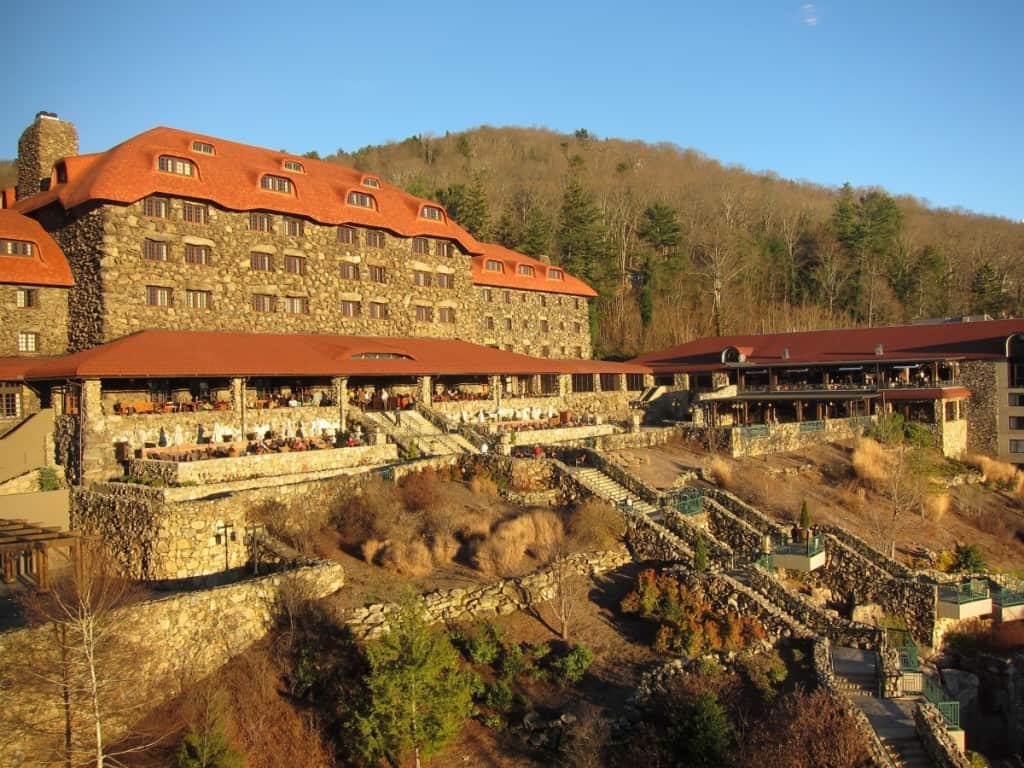 One Response to If you go to the Grove Park Inn, take somebody you love with you…