The Golden Corral We Were Buddies Right From the Start 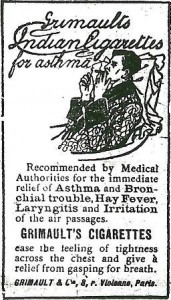 50 years ago–1964–the federal government decided to declare war on smoking and tobacco, when the Surgeon General’s report came out. Tobacco dominated Tar Heel agriculture, accounting for half of the 1.1 billion in total farm receipts. Tobacco manufacturing created great wealth and family fortunes. Medical science was proving some bad effects, healthwise, from tobacco. There was a link between smoking and disease. Politicians hemmed and hawed about getting involved when the Surgeon General started making waves. Governor Terry Sanford of North Carolina, like others, dismissed the findings as recycled research. If there was a problem, science would take care of it. He was convinced that health research would ultimately exonerate tobacco. Sanford suggested that tobacco was not much different than whiskey or automobiles. (We hear a variety of arguments today, similar to this, on the gun issue.) The only major figure in North Carolina to defend the report was the Rev. Billy Graham who urged clergy to quit. Politicians continued to rationalize negative warnings about the ill effects of tobacco that this had been going on for hundreds of years.

In 1952 Reader’s Digest was ahead of the game. They published an expose, “Cancer By The Carton,” and two years later the American Cancer Society said smokers had a higher risk of disease. But what Reader’s Digest did was accelerate the expansion of filtered cigarettes. “Winston tastes good like a cigarette should.” What bull hockey. But the people bought it. Winston was the number one seller.

The S.G. Report had an effect. In 1965, a year after its release, the smoking rate for adult males dropped from 59% to 52%. For female smokers it went from 32% to 29%. Cigarette makers spent $200 million on advertising, 70% on TV.  The pressure from Congress kept growing backed by the Federal Trade Commission and the last broadcast ad for tobacco ran in 1971. Excise taxes started going way up in 1983 and smoking rates kept falling. Today, only 19% of US  adults smoke. North Carolina was the last state to add an excise tax. Who do we thank for that, Sen. Jesse Helms? At one time it was reported he wore a lapel button that said…”Thanks for smoking”.