From out of the past come the thundering hoofbeats of the great horse Silver…….The Lone Ranger rides again!!! That’s what we did. Gather the posse together (Ty Boyd, Robert D. Raiford, and HA Thompson) and rode the SUV to Denver and enjoyed a birthday lunch for Doug Mayes (WBTV, WSOC) at Stacey’s fantastic restaurant. It’s the best small town restaurant in N.C. On the way up highway 16. What do you think 3 old men talked about? Cars, chicks, and motorcycles (Raiford still rides one). We sounded a little bit like the script from the movie ‘Grease’.

The reason for the gathering was a party to celebrate Doug Maye’s 91st birthday. His gate is slower but his yapper works as good as ever. Stories abounded. After more than 25 years at WBTV he bolted and went to WSOC for another long stint on the air. He was 59 years old when he went to Channel 9. Talent was loyal in those days and didn’t jump ship. He and Harold Johnson were the first to do it and it caused some ruffled egos. Back in the 60’s and 70’s there were only 3 TV stations. It was class warfare and Doug was the Walter Kronkite of the Carolinas. Some other things we learned. Arthur Smith is also 91 and in a nursing home. Robert D. Raiford is still on the John Boy and Billy show and he said at age 85 he is the oldest person on the air out of 1200 Clear Channel radio stations. I couldn’t get in this ‘buzzard pecking’ contest.

We had a 30 minute lunch and about 90 minutes of interrupting each other with about 15 other guests from JP mostly listening. When it was time to go we couldn’t get Ty out of the place. People recognize his voice and said….”Aren’t you H.A. Thompson?” Same old crap. Before we leave Raiford and I hit the men’s room. We climb in the car and wait for Governor Boyd to stop shaking hands. When he gets to the car we said to him….”You know we got a 35 minute ride back to Charlotte, do you have to take a leak?” He says, “No, I better go” So we wait another 5 minutes for him to do his thing. Raiford always said….’at our age never pass up a chance to pee’. We’re like little kids again. If you’d been with us you would have fallen out of the car laughing. 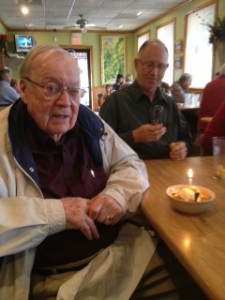 Doug and his Cake

The next 4 pictures are ‘head shots’. You are requested to guess the age of the head. Got it?

(From the Editor, instructions for old farts like H.A.: Mouse over each picture–don’t click! Just hold your mouse still and wait–be patient–don’t click–and the answers will appear.) 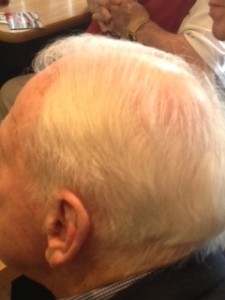 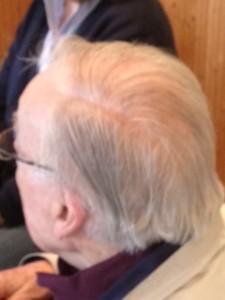 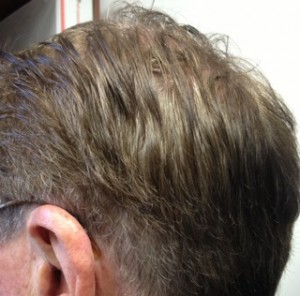